Why do companies hire motivational speakers? 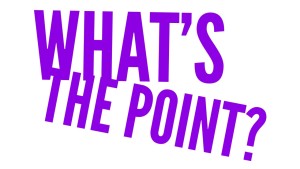 Think about it. Why would a company hire you, if you’re a motivational speaker?

If you ask this question to most speakers, they will give you answers like:

…I’m there to change the companies’ outlook

…I’m there to fix a problem in the organization

I’ve done a lot of events for very well known companies. Companies that make only a few million to big-time billion-dollar companies. I’ve talked with CEOs, VPs, high-level execs, managers, and lots of other people who hire motivational speakers.

I never ask speakers why they think they get hired. Why? Because they’re not the direct source. I prefer to go to the source to get an answer.

If you want to learn why someone does something, ask them. Don’t ‘guess’ and don’t ask people who ‘think they know.’ Ask the specific person who has the answer.

With most of the events I’m hired for, I hang around for the dinner, etc to talk to the CEO, VP, etc…

And I always ask them:

So why do you guys put on this event?

What I’m basically asking (without asking them directly) is, “Why did you hire someone like me?”

And you’ll be surprised at why they really hired motivational speakers.

Speakers are caught up in their own world. They underestimate the CEOs, the VPs, the managers, and everyone else at the company. But the high-level people I’ve talked to are VERY smart.

They know that a speaker won’t come into their organization and fix problems.

They know that a speaker can’t deliver a 60 minute speech and change the outlook of everyone in the room because that’s their job. It’s what they do, day in and day out.

High-level people at a company are focused on one thing; The employees.

They’re focused on how to create buy-in with their employees, how to hire better people, how to keep their best employees, and you’re just part of their master-plan.

Whenever a company hires a motivational speaker, then know you’re not going to change everything in a 60 minute speech. A ‘message’ doesn’t change the company, ‘execution’ does. So the CEO is simply using you (the motivational speaker) as part of his big master-plan for the employees.

Every answer I’ve gotten, from the top-dog CEOs, to the managers, about “Why do you put on this event? Why do you hire a motivational speaker?” …Every answer revolves around one thing…the employees.

You’re there as more of a team-building thing rather than the message you’re delivering.

They have the event because they need to rally the troupes for the upcoming year. Or because of a reward for a job well-done for last year. But in some way or another, you’re there because they need to built a tight-nit of employees that will make the company skyrocket.

Imagine you have a company with 1,000 employees.

How loyal do you think your employees would be if you didn’t put on any events for them, you didn’t reward them when they did a good job, and they didn’t feel like they’re part of the company?

They wouldn’t be loyal at all.

This is also why companies give out awards during their events.

It will be harder to get hired as a speaker if your goal doesn’t match up with theirs.

Getting hired by a company is completely different than speaking at a conference where you’re giving ‘information.’

If you’re a ‘social media expert’ and you’re hired for a 3-day conference, then you’re there to deliver great information. Everyone in the audience is expecting to be blown away with the amount of information you’re giving.

But when you’re hired by a company, they’re more interested in the experience you’re creating for the employees.

And the next time you get hired by a company, don’t be afraid to ask them why they want a motivational speaker like you. Ask them before you speak at the event so you’re very clear on what their purpose is.