Before you check your email, read this:
This is how Dave gets at least 1 high paying speaking gig per week
Duplicate what he did to get speaking gigs consistently

Dave made a post inside our private group where he mentioned he was getting at least one paid gig per week and had weeks of $16,000 and $18,000. So we asked him to share. Here’s what he wrote…

Benji asked me to share my experience with SpeakPro Academy. He thought it could be an encouragement to others so here you go.

Prior to becoming a member of SpeakPro Academy, I had spent 25 years as an entertainer and speaker with most of my speaking being in the family and student market.

At the encouragement of a friend who had seen and heard me many times, I began to investigate the corporate and association market.

I actually thought the transition would be seamless and painless. Nothing could have been further from the truth.

The process was like starting over and I became extremely frustrated and discouraged.

I met someone who was starting a “speaker management” company and as Benji says, “I thought I would let someone else build my business for me.” I quickly found out that this process was not the road to success.

Even though I received a few opportunities, which I used to help develop my message, the monthly management fees combines with the percentage I had to pay out for each engagement left me with very little money left over.

Add to that, I learned the management company was actually pilfering leads I was supplying.

This left me even more frustrated and wondering if I was ever going to make it in this business. I knew I had a gift to touch people and to make a difference but I just did not know how to let the world know about it.

I made a decision to leave the management company.

Now I don’t want to make this a “religious thing” but I have to tell you I began to pray. I began to ask God to send me someone to show me how to market my message and my gifts. I didn’t want to give up.

Shortly after, a friend who was also a frustrated speaker with the same management company sent me a $7 EBook from a guy named Benji Bruce.

I read the book in one day and then I read it again. I was impressed that someone was being totally honest about what it would take to make it in this business.

I then went to the website to see what else this guy had to offer.

I didn’t buy the whole program at first. I had heard many people say they had some “magic formula” and I was going to make sure this guy wasn’t another one of “those people” who were making more money telling others how to speak than speaking themselves.

One thing I liked about Benji was that I never felt he was trying to sell me something. In fact, he evaluated my web site at no charge.

Then, when I went to price what it would cost me to build a new site, I received a figure of $3500.

I asked Benji if he thought that figure was fair and he shared with me that he had already created a template in his program and that if I bought the program it would only cost me $2000 and I could create a new site from his template, receive all of his training materials and save $1500 in the process.

That’s all it took so I bought the program in September of last year.

Shortly after I bought the program, I went on vacation. I couldn’t wait to get back home so I could really engulf myself in all the things Benji had included in SpeakPro Academy.

As l began to invest time in the program, one thing that really excited me was that it involved email marketing. I loved that because I hate cold-calling.

The other thing that really resonated with me was that Benji said most speakers fail because they don’t contact enough people.

He said it wasn’t enough to contact 10 people a day but that in the beginning you should contact 100 people per day.

Finally, someone was being honest about what it would take to succeed. So I asked myself this question, “If I had to contact 500 people to get one booking, would I be willing to do that?” My answer was yes.

It doesn’t take me that many contacts to book one event but I still keep that as my philosophy. That keeps me honest and working hard contacting people every day.

So, I bought the BASE CRM and began my journey to at least 30,000 contacts.

I am not there yet but I have to tell you that right after the start of 2017, things began to change for me. For the past 13 weeks I have booked at least one event each week.

It is so strange how I now expect to book events and I am working hard to keep the streak alive.

My wife and I both cannot believe what is going on. Benji changed my philosophy and gave me the tools I needed to be successful. I love making a difference for other people with my presentations and getting paid in the process.

My answer to that would be no. The program just supplies you with the tools. But I do believe that if you combine his program with a philosophy of hard work and using your speaking ability to make life better for others, you also will find success.

I have never met Benji. I don’t know what he believes philosophically or spiritually. We may be at opposite ends of the spectrum when it comes to things like that and if we are … that’s okay.

But what I do know is that Benji Bruce was used as an answer to the prayers of myself and my wife even though he may have never known it until I shared it here.

I am thankful for each opportunity I am being given to speak and make a difference. And I am thankful that just by sharing my experience, I may be helping you.

Benji, I have never said it before so I am saying it now … “Thank You”.

Would you like a copy of the ebook that Dave used to help him get on stages? 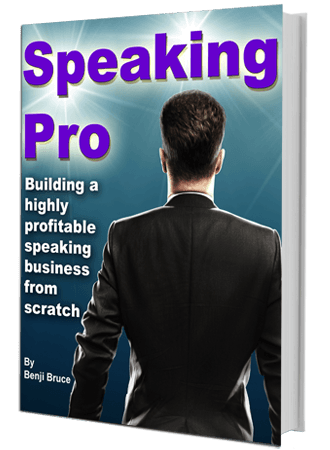 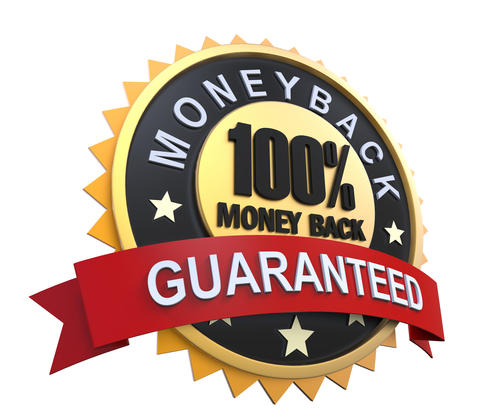 Try this out for 30 days and if you don’t think it was worth it, ask for a refund and we will give you your money back.

There are tons of people out there who don’t deliver a good product. So if you don’t think this was worth the $7, I’ll give you your money back.