How To Project Confience As A Public Speaker 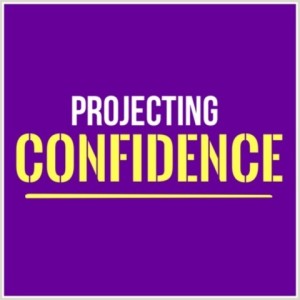 There are some speakers who just have that It Factor and others who just don’t have that vibe. You’ve seen it before…the speaker who gets on stage and they have stage fright or they just look out of place; They’re the cute kitty cats in a lions den and they’re about to get torn to shreds by the audience.

But then there are those speakers who just project so much confidence that you don’t even remember what they said, you just agree with them.

People like Steve Jobs was known to have a “Reality Distortion Field” where he would project so much confidence when saying something that he would make everyone believe in it. He was so confident that even if you shirt was blue and he told you it was green, you would question yourself because of how sure he was. It sounds funny but it really does work.

As a professional speaker, if you’re on stage and you’re not projecting confidence then you’re a goner. Here are ways you can add confidence to your public speaking skills.

I’m going to let you in on a secret…

Most people are just as clueless as you, if not more clueless, when it comes to the world around them. Most people have no idea where the world is going (even the best business guys) and most people aren’t sure if their decisions are the right decisions. And because of this…social proof exists.

Businesses like p90x were made on social proof. They show the before/after shots to help you make your decision so you know their workout product works.

But what does this have to do with public speaking?

Since 99% of people aren’t sure, when you speak with self-assurance, people just assume you know what you’re talking about.

Self-assurance comes through your tone of voice…if you sound like you’re confident, people assume you are.

There was an experiment in a subway where they drew a big square, in chalk, on the floor and as people were walking through the subway, they had a guy say, “Don’t step in my box.” First, he said it like how most people would talk…a little quiet. And what happened? Everyone stepped into his box and nobody cared what he was saying.

Then they had the guy say the same words but with self-assurance. In fact, sometimes he would even yell at people to not step into his box. What happened now?

Now everyone started to go around his chalk lined box. People were scared to step in it the moment he started projecting a confident voice.

What does this tell you? It tells you that your voice can project confidence as long as you sound like you know what you’re talking about.

Michael Jordan didn’t need to act like he was the best basketball player because he really was the best player.

Think of anything you’re good at…

You got good because you practiced. The same goes for public speaking. If you want to project confidence then the only real way to do it is to practice to a point where it’s just part of who you are. After that, you just don’t want to screw it up by thinking about it too much.

3. Know more than everyone else

When you know something to be true, you come across as confident without trying.

You know that 2+2=4 so if someone were to say it equals 5 then you would know they’re wrong. But what does this have to do with public speaking?

Lets say your topic is persuasion and you know persuasion like the back of your hand. In fact, you’re so good at persuasion that you can sell ice to an Eskimo…twice. So when you’re talking, even if you forget your presentation, you could talk about it for years because you just know your stuff.

However, don’t get delusional. More often than not, what you know to be true isn’t true at all and you end up looking like a dummy.

It’s one thing to have information but if your information is wrong then your confidence is on shaky ground. People used to believe the world was flat and the sun revolved around earth. Now, we believe the world is round and earth revolves around the sun. In 1,000 years, they might be laughing at us for thinking the earth was round because it’s really a hexagon or something.

Never get so caught up in something that it blinds you to the evidence.

So how do you project confidence as a public speaker? Just focus on being the best.