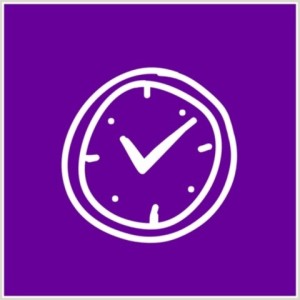 There are a million books out there on time management tips and secrets. Every book has it’s own technique that lets you increase your productivity but there’s one thing that almost all these books are lacking and it’s the most important part of being insanely productive.

Time management is more about how you think about your time rather than the techniques you use to manage your time.

As a professional speaker, if you want to get more speaking gigs and build a real speaking business then you need to be insanely productive.

You might have read books like Getting Things Done by David Allen but you still find yourself not being as productive and you’re not booking as many speaking engagements as you would like. But why?

All men can see these tactics whereby I conquer but what none can see is the strategy out of which victory is evolved. -Sun Tzu The Art Of War

That’s one of my favorite quotes because Sun Tzu shows the problem behind every problem…we look at the tactics other people use instead of looking at the psychology of the man behind the tactics.

Time management is a way of thinking, not just tactics.

Here are a few ways you can change how you think so you become a powerhouse of productivity:

Eliminate the time between the idea and the act, and your dreams will become realities. -Edward Kramer

Your mindset needs to be one of instant implementation.

If you say to yourself that you have a new idea that will double your speaking engagements this year then you need to implement it fast. Don’t get caught up in the “I need to plan it all out first” type of mindset because most people use the planning stage as an excuse for why they’re not implementing.

Eventually, what’s going to happen is that you’re going to get used to implementing things quick. Even if things don’t work out the way you thought, the goal is to get into an instant implementation way of doing things and to eliminate that gap between what you say you’re going to do and what you’re actually doing this very second.

If you’re serious about your time management then you need to think about it all the time.

When you think about your time like it’s an obsession, you guard it with your life.

Someone might want to have lunch with you but since you obsess over time, you think about whether it’s worth it to have time with this person or if it’s better to pass on the lunch.

When you’re obsessed with your time management, even little things like cooking lunch are thought about differently. You might love to cook but you’re spending 30 minutes to prepare and cook meals but that’s 30 minutes you could have spent getting things done in your speaking business.

Someone who is really obsessed with their time doesn’t care if it’s just 5 minutes or 60 minutes. Every minute counts and every minute is spent wisely. There’s no such thing as “it will only take a minute” because each minute costs you business.

How Can I Get Leverage?

Getting leverage means you hire people to do little things so you can do the important things.

You’ve heard it before…

The difference is in terms of time spent versus things that got done.

It’s important that you think in terms of things doing only the things that get the right results rather than how long something takes to get done. And never confuse ‘doing something’ with ‘doing the right things.’

Tons of professional speakers spend all day on Facebook groups and chatting with other speakers. They think they’re ‘networking’ and they would swear on their mama that it’s helping their business. But don’t let your mind fool you. Your mind can rationalize anything. Your mind can give you millions of reasons why chatting with other speakers will help your speaking business. You think about how they might give you a gig, you think about how you might learn business information from them, etc etc…

But then there are the real speakers who are getting paid speaking gigs. These speakers go unnoticed in the industry because they don’t hang out at associations or chat in Facebook groups…these speakers are busy speaking on stages and running a speaking business. They’re ghosts…except to the people who can hire them.

Leverage thinking is all about doing things that double your productivity. You hire people, you eliminate useless activities, you systematize aspects of your business so things get done faster. You think in terms of being efficient and effective.

To grow your speaking business you have to get serious about your time.

Every second counts and if you don’t use it wisely then you’re going to be loosing out on speaking gigs without even knowing about it. And that’s the problem…you don’t even know you’re loosing gigs.