Using LinkedIn To Get Speaking Engagements

I get asked this question a lot…how do you use LinkedIn to get speaking engagements?

…and the answer may surprise you.

Most speakers think about using LinkedIn because it’s the business social network…and it is…but…you have to use it differently than you think.

First, you have to really understand why you’re asking yourself specific questions.

Whenever someone asks, “How do I get speaking gigs using LinkedIn?” …The reason they’re asking is because they think it’s easier and they won’t have to do as much work to get hired.

It’s very similar when a speaker asks someone to book speaking gigs for them (aka they want an agent to do it)…and just by asking that question, you’re setting yourself up for failure.

So before you read this post about using LinkedIn to get gigs, make sure you understand why you’re asking yourself that question.

So lets get into it…

The power of LinkedIn is that it’s business related…and you can use this to your benefit.

People don’t hang out on LinkedIn the same way they do on Facebook or Twitter…just think about what you do when you’re on LinkedIn. You probably check it only a couple times a week…versus Facebook where you’re on all day. And when you do get on LinkedIn, you’re not on for long.

Knowing this…here’s how you use LinkedIn to your benefit… 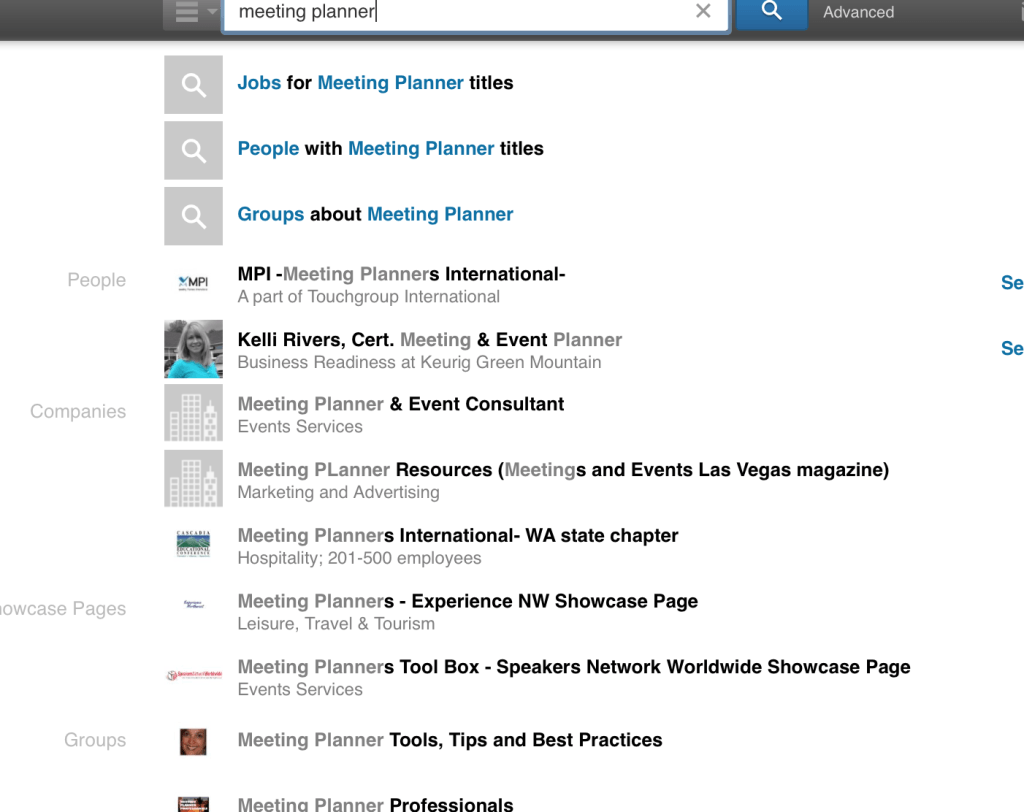 What do you do with this?

As a speaker, you want to think in terms of being a networker. And who are the people you network with? That’s right…meeting planners.

So when you do a search on LinkedIn for meeting planners…bam…you get a ton of people you can network with.

But let me explain exactly what I mean by ‘networking.’

I DON’T mean that you should send them a LinkedIn message…never send a message. Why? Because messages on LinkedIn have the wrong context.

People who send messages on LinkedIn are known for sending canned messages that only promote what they’re trying to promote. They say things like, “If there’s anything I can do to help you then let me know.”

So by sending a message to a meeting planner on LinkedIn, you’re putting yourself into the same category as all the others.

What do you do instead?

Like a good networker, you look them up. Look at their other social media profiles (Twitter & Facebook). See if this is someone you really want to connect with. See who they work for or if they work for themselves.

You can also get a free Insightly account and put people into the CRM.

This will allow you to build a huge database of meeting planners…people who might be able to hire you for events. 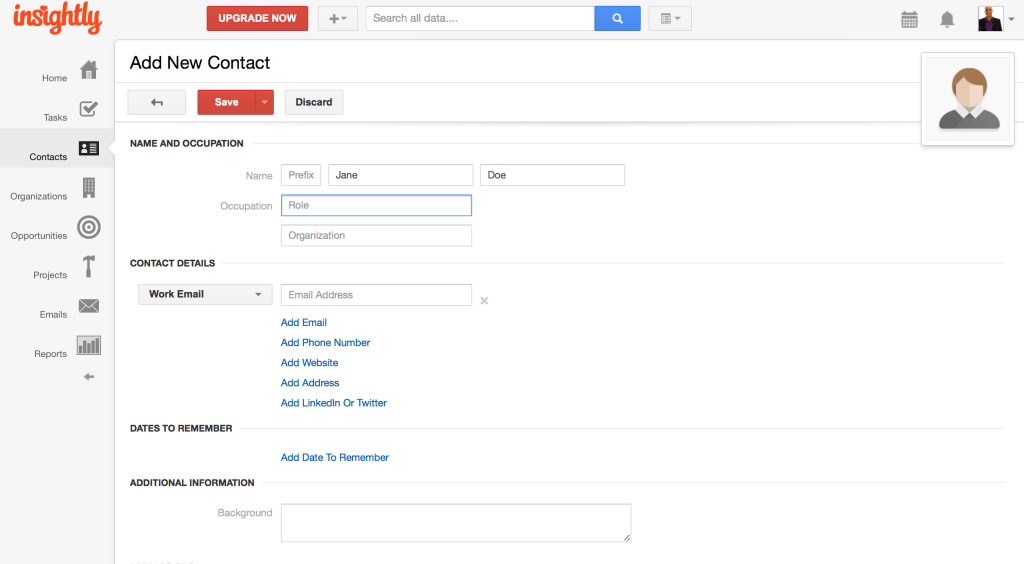 When you put them into Insightly (or another CRM)…fill out as much as possible. Put their social networks in there, put a website, contact information, events they’re in charge of. Whatever you can find.

Do they respond to your email? Do they ignore it? Put all that into the CRM. You need to make sure you’re keeping up with people that you’ve contacted and you’re taking notes so you don’t forget what you said.

(When you’re contacting a lot of people, you can’t remember them all…that’s why you have to take notes)

If you’re thinking like a networker then you’re going to focus on using LinkedIn to build a database of meeting planners.

But it’s important that you choose wisely. Don’t just put anyone in the CRM who says they’re a meeting planner. Look them up…see what events they have coming up and if you’re a good fit.

This might sound like a lot of work…and it is…that’s why most speakers don’t get booked…because they don’t want to do the work.

It just so happens that LinkedIn makes it a lot easier to find people who hire speakers.

Make sure you have your profile filled out…just in case. 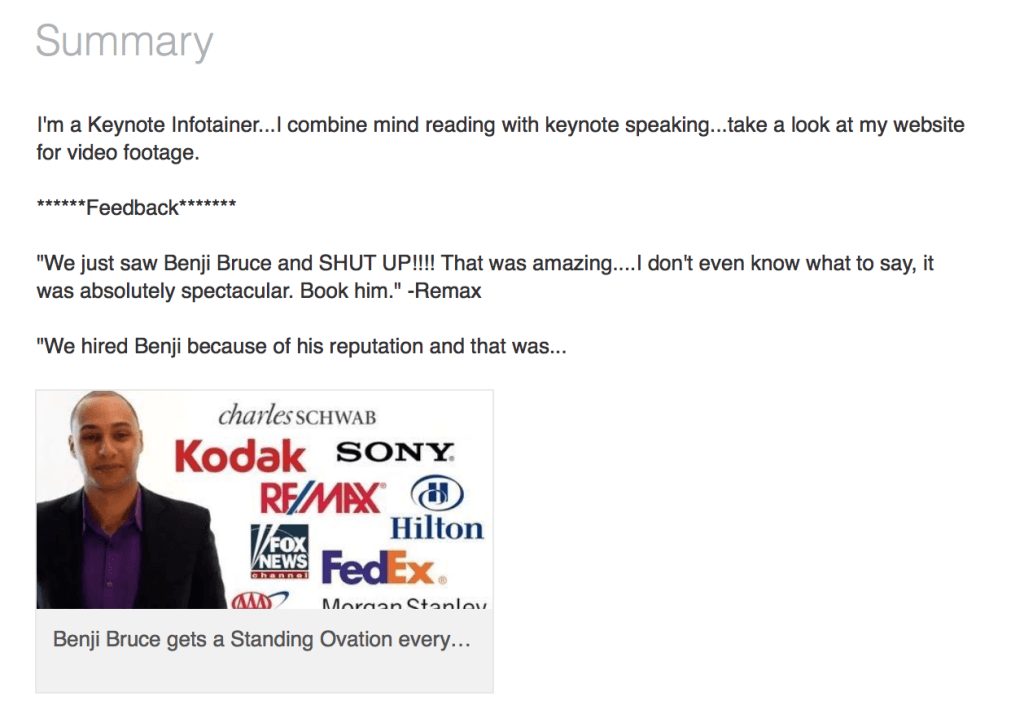