How do you get yourself booked on stages consistently? This is the process for finding and contacting events in any industry. 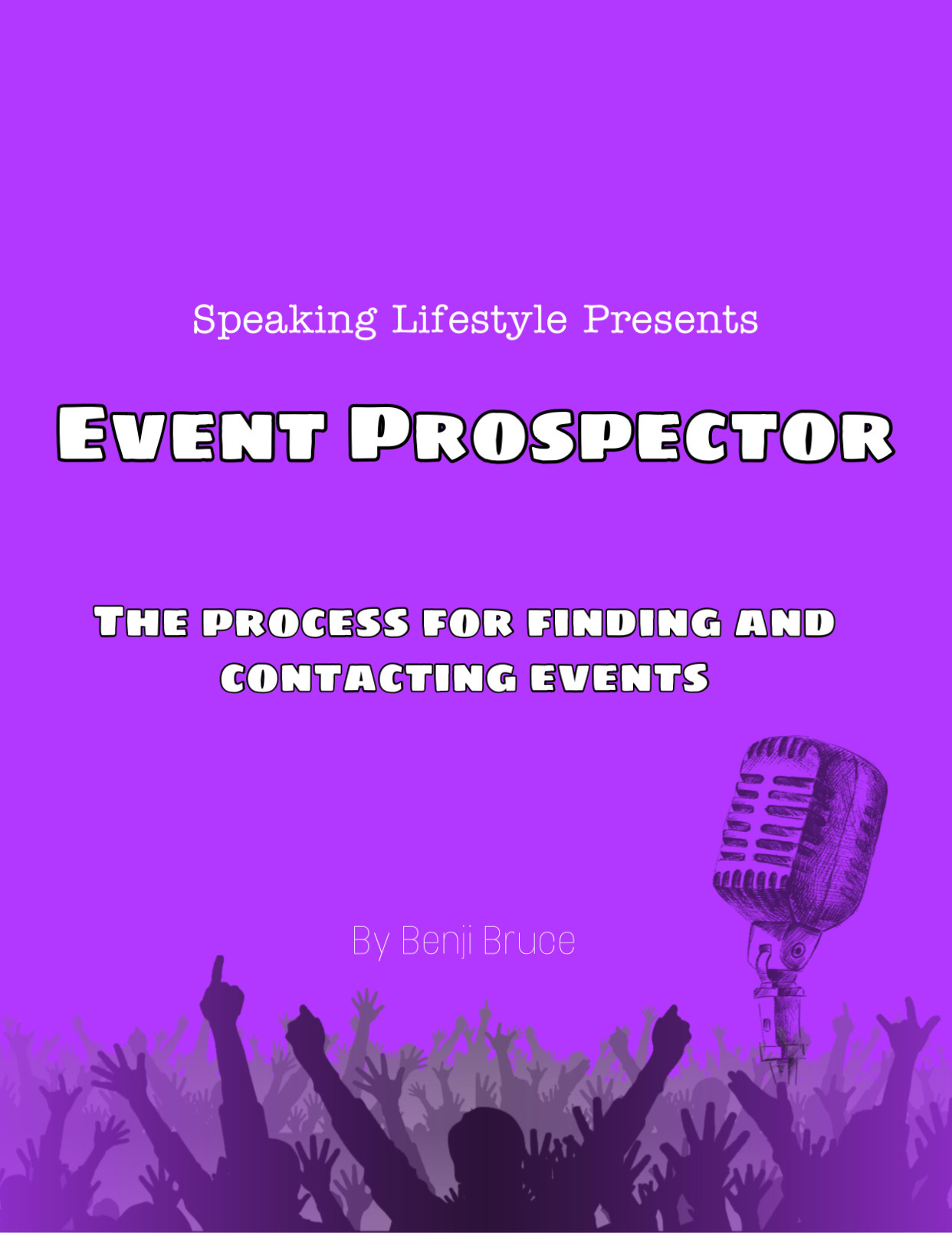 How do you find and contact events so you can fill up your speaking schedule consistently?

This book goes into the details of how to build out a process for getting on stages. This is the most in-depth book you’ll read on the process for finding and contacting events in any industry.

What’s the step by step process for finding and contacting events?

Who’s the person that hires speakers?

Why do so many speakers fail?

What should you say when contacting events?

What should your daily schedule look like if you want to get more gigs?

By the time you’re done with this book you’ll have a process for getting on stages consistently.

Most speakers waste too much time getting the wrong things done. They do everything EXCEPT the things that will actually get them booked. If you want to fill up your speaking schedule then you have to spend time doing the right things the right way.

How do you find thousands of events?

Get to the person in charge of hiring speakers

How do you make yourself more efficient with getting booked?

What should you say when contacting events?

What’s the process, from start to finish, to get booked?

Why Do So Many Fail?

Why are so many speakers struggling to fill their schedule?

The Rabbit & The Fox

One more thing. This is an email I wrote for our newsletter that you need to read.

Most people are the fox. That’s why they haven’t accomplished the goals they set for themselves.

You need to start running for your life because this is your life.

I still remember when everything changed for me…it’s when I lost all my restaurant gigs as a performer and I had to either get a regular job or go beast-mode with getting gigs.

But setting a goal and ‘running for your life’ are two different things.

People have been setting goals every year and most people don’t accomplish those goals.

So the next year comes along and they set the same goal. Over and over and over.

You need something or someone to shake you out of your complacency.

If you don’t have a sense of fear, excitement, uncertainty, urgency, then you’re complacent and you won’t accomplish anything.

When I decided to go all-in when losing my restaurant gigs, it was scary because I didn’t know if it would work.

I didn’t know how long it would take to get booked. I didn’t know if what I was doing was the right thing. I knew nothing.

There was a sense of fear, excitement, uncertainty, and all of this created a sense of urgency.

If I had to do it over, the only thing I would do differently is to find someone to help me because I would’ve accomplished goals a lot faster.

Listen to me very closely because this is your life…

You’re moving too slow to get what you want. Move faster.

Your words mean nothing.

“This time is going to be different.” “This year I’m going to…”

You’ve been saying that to yourself your entire life. Over and over and over.

You need to shake up your life by literally changing what you do on a day to day basis.

If you feel at ease, you’re doing it all wrong.

You need to have a sense or urgency. Some pep in your step.

And you create that by doing things that shake up your life. You have to get into the “I’m not sure this will work” zone.

So I dare you to shut up about your ‘goals’ and ‘resolutions’.

Tell nobody. Say nothing.

And start changing things in your life.

But let me warn you…

Most people do nothing after a month or two.

Oh they’re excited at first. Then they realize they have to work consistently to get what they want and they slowly fade away.

Life has a way of separating those who seriously want it versus those who pretend.

You’ve been around too many people telling you that “If you believe then it will happen.”

That’s not how it works.

And the people who got there aren’t telling you the truth because they know if they did, you wouldn’t buy anything from them.

Get that through your head because you need a wake up call.

You say you want it. Prove it.

Most speakers don’t know how to fill up their schedule consistently because they wait for referrals to come in. They create a lot of content, write a book, and film videos, but they don’t have any speaking engagements lined up. If you want to get more gigs then you need to know exactly how to find events in any industry and you need to know how to contact those events.

If your social media following is bigger than your bank account then you're building your business wrong. 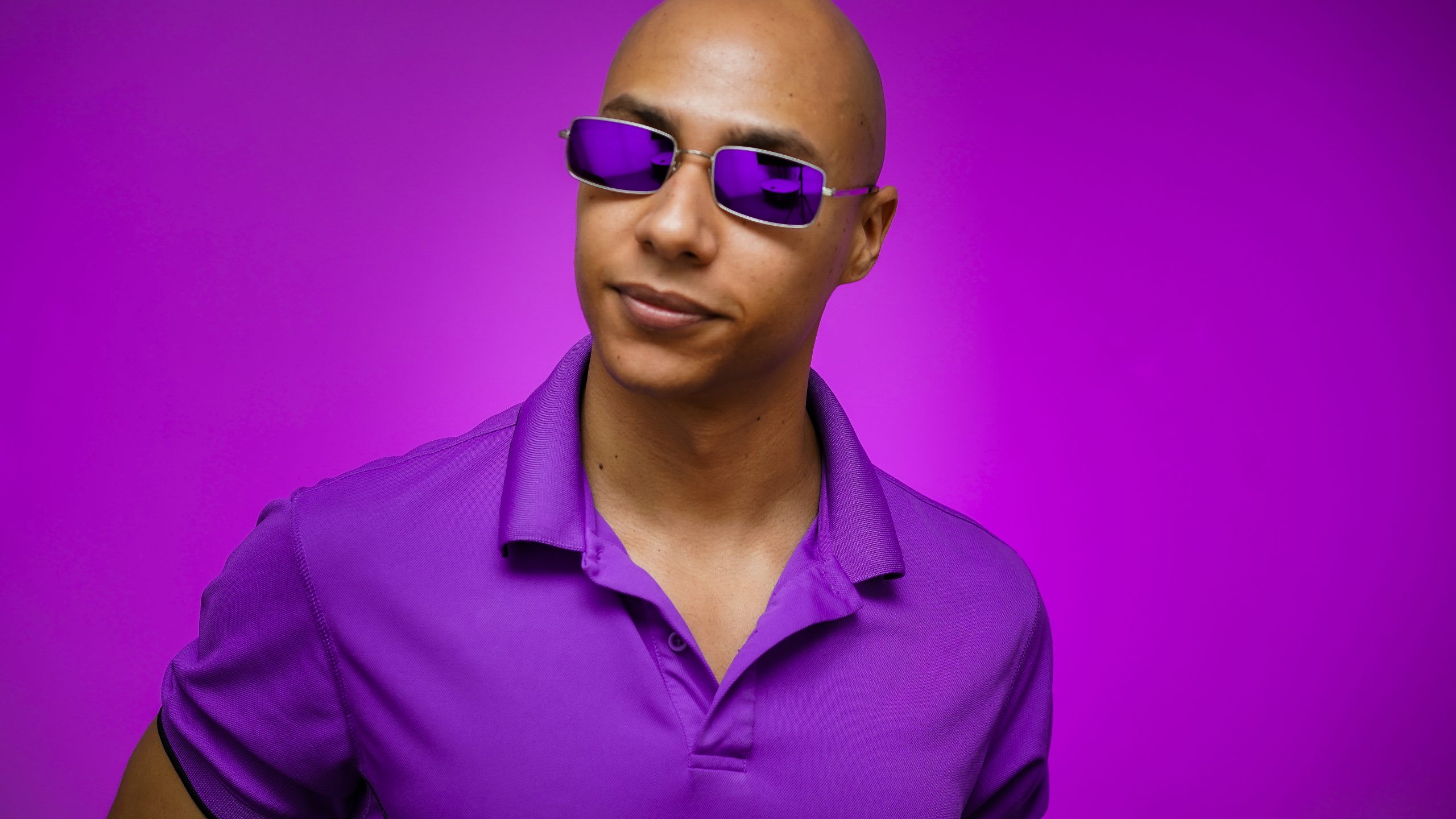 Benji Bruce started as a mentalist by performing in restaurants. Eventually he made the jump to perform in the corporate market and became a motivational speaker.

He started charging between $10,000-$30,000 for events, even though he wasn’t a household name. He would get hired by companies like Aflac, AAA, Remax, Hilton, Best Buy, IBM, and the list goes on.

While traveling the world speaking at events, Benji began building an online business called Speaking Lifestyle to show other speakers how he was getting booked by companies and charging high speaking fees. And now his company helps speakers get on stages.

The Process For Finding And Contacting Events