I think I need to do this more often (sorry, I tend to forget)…but CONGRATS.

J (as we will call her) combines speaking with singing. 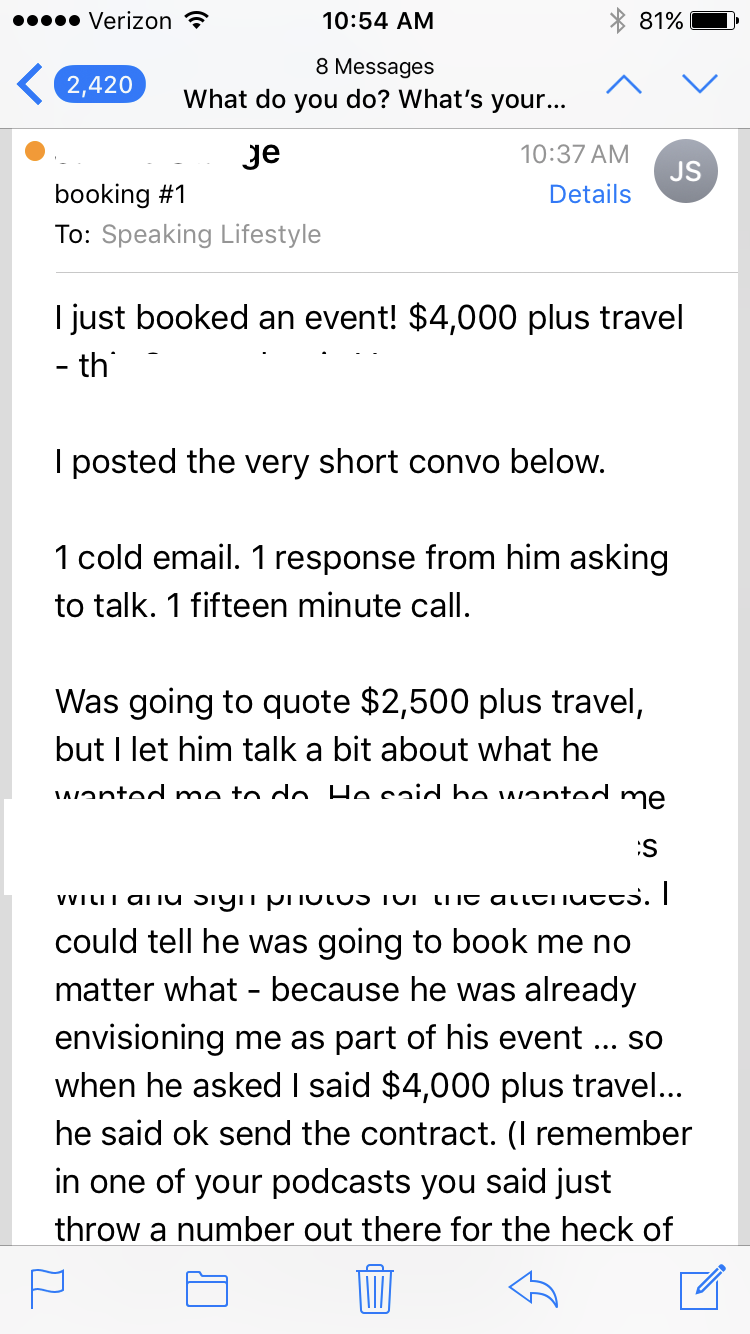 J signed up for the SpeakPro Academy and got on a group call. Here’s how it went down….

I told her to change do a few things with her website and she fixed it immediately (literally while we were still on the call…that’s how fast you need to move to get things done).

I told her to get a new theme for her site but in the meantime, she should find events. Well guess what? She already found about 400 by going through the system a few days earlier (aka – implementation…like a boss).

I wanted her to do a complete overhaul on the site but most people use the website to procrastinate. People usually say “Oh I can’t contact events because I’m waiting for my website to be done.” 5 years later…maybe they have 2 pictures posted (aka – how NOT to do it).

So I told her to contact half of those leads in the meantime and send them to her current site anyways. Guess what…she did.

If you want to know what ‘speed of implementation’ looks like, just watch Janine.

She got a response from someone who seemed interested and she was going to quote $2,500…until she remembered what I said about increasing rates.

So she quoted $4,000 instead (she definitely could have quoted more…but it’s a habit you have to get used to).

And as you know, they said yes.

J signed up for the SpeakPro Academy and 3 weeks later, gets a 4k gig.

It comes down to this, if you want help getting on stages, join the SpeakPro Academy:

Most people know what to do, they just don’t do it right. And if you don’t do things right, you end up contacting events but they never respond back.

Nothing good happens by putting this off.